No comments to show.

For Sovereignty, Democracy and the pursuit of Meaning

By signing this symbolic declaration independent and critical minded citizens, who are currently deliberately fragmented and marginalized, can unite under WAIT to help prevent further loss of fundamental rights, to strengthen our position under international law and to regain a political seat at the table.

The US Declaration of Independence written in 1776 is a stark reminder that the history of men is one of constant battle for the freedom of the many versus the power of the few, and it is the responsibility of the able to protect this brittle balance of power at all costs, and to recognize and declare when the DEMOCRATIC IDEALS upon which our WESTERN SOCIETIES are built become strained to the point of breaking.

So today, we too hold these truths to be self-evident,

That all Human Beings born into this world are part of The Human Race, and that everyone is created with Equal Rights under the Natural Law of our Existence. Any social construct that departs from that fundamental truth is Unjust and Tyrannical at its inception and should be recognized as such,

That we aspire to be Nations of Laws in harmony with Natural Law, and the People as a matter of principle should at all times be granted the Just Protection of, and access to, our acquired Human Rights under these Laws, especially as they pertain to FREEDOM OF SPEECH, PRIVACY and BODILY INTEGRITY,

That the necessity to protect men against the Wickedness of its leaders is reflected in international treaties like the Nuremberg Code, UNESCO Universal Declaration on Bioethics and Human Rights, UN International Covenant on Civil and Political Rights and the UN Universal Declaration of Human Rights, the latter being recognized as the Milestone document in the history of human rights,

That in this Universal Declaration of Human Rights, Article 29, paragraph three, The United Nations claim explicit Primacy for its own proclaimed purposes and principles over the affirmed Rights of the Individual. This is a clear Perversion of Natural Law and thus cannot stand,

That the political history of Mankind has shown that all governing bodies that concentrate power in the hands of one leader or a small elite, result in the pathological control of the executive over its citizens, and that the fragility of Free and Open Societies are nowhere more exposed than when Science is Politicized, and that any claim of supreme moral and intellectual knowledge on all things of the world by any ‘One Body’ is false,

That in the face of real or imagined catastrophes, the Power of the United Nations, with all its members beholden to its stated goals, speaking and acting as ‘One’ and working towards a global technocratic governance contrary to democratic principles, is growing exponentially,

That ‘We the people’ were not asked to be represented by this organization, nor were we consulted that this unelected body and their representatives have a right to take precedence over Humanity or our Western Societies, and that the absence of an Impartial and Just legal course of protection for citizens against it or its member states is Dictatorial, and that none of these can stand,

And that by signing this Manifesto I explicitly reject the False Proposition that any nation, constitution, international body, or institution can be deemed so weak to be justified to exercise the Tyranny of the Community over the Rights of the Individual, without independent due process of law,

THEREFORE, I hereby state that I do not recognize to be ruled by any unelected Central Global Government or its Ideology, and Declare and Confirm that I am a Sovereign Human Being beholden to no one, except that as a law-abiding Equal Participant of Society I have certain unalienable Rights and Responsibilities that are consistent with the Principles of Free and Democratic Nations of Laws, based upon our Western Enlightened Values,

And that I call upon my fellow men by signing this Declaration, to join the World Alliance of Independent Thinkers and develop into a legal, philosophical, and political collective fit for the complex realities of a hyper-digitized 21st century,

And that ‘We the People’, through our Unifying Ideal of a society build on the shared sovereignty of our individual humanity, firmly reflected in our constitutions and international treaties, can truly fulfill our envisioned Potential, and together Protect and Strengthen our fragile democracies in our common pursuit of Life, Liberty and Happiness.

21st Century Think Tank and Advocate for the Non-establishment 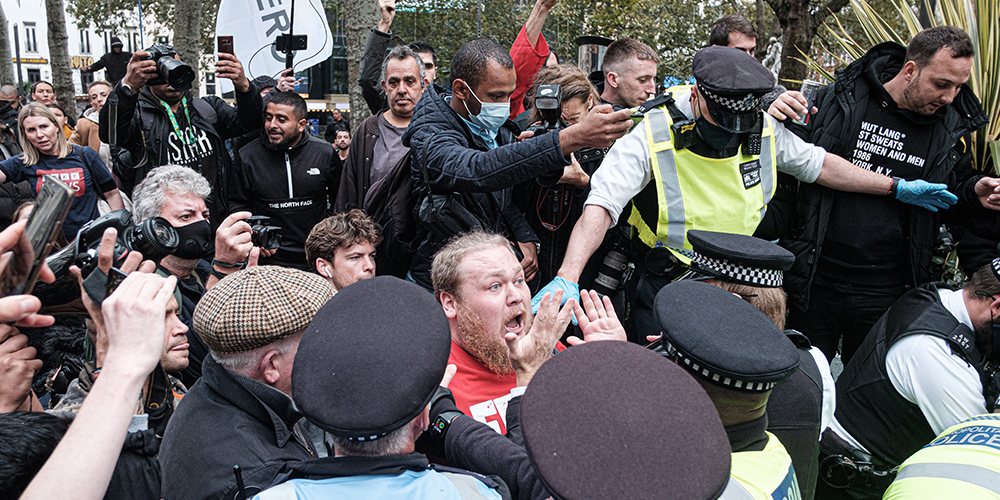